UPDATE: We are launching a new fundraising campaign to finally get this film edited and shown to the world. If we meet our fundraising goal, we will have the film completed before the year’s end.

To see the updated teaser trailer click the title link below:

A Force in Nature

As the director and co-executive producer of this film, along with Vishwanand Shetti, we are both honored to have the opportunity to share Jóhann’s story to the world. I have personally known Jóhann for close to 10 years now, and through this time my appreciation for this man’s art and philosophy has grown immeasurably.

As I strongly suspect that Jóhann’s life work will inevitably be recognized worldwide, I also find his vision and ideas to be invaluable and important to us. By being part of this film as a contributor, you will also be part of the history and influence that this man will have on our world.

Our deepest gratitude goes to our initial supporters. This film would not be where it is now without you. Your encouragement was invaluable to the success of our first phase, the filming, so THANK YOU! 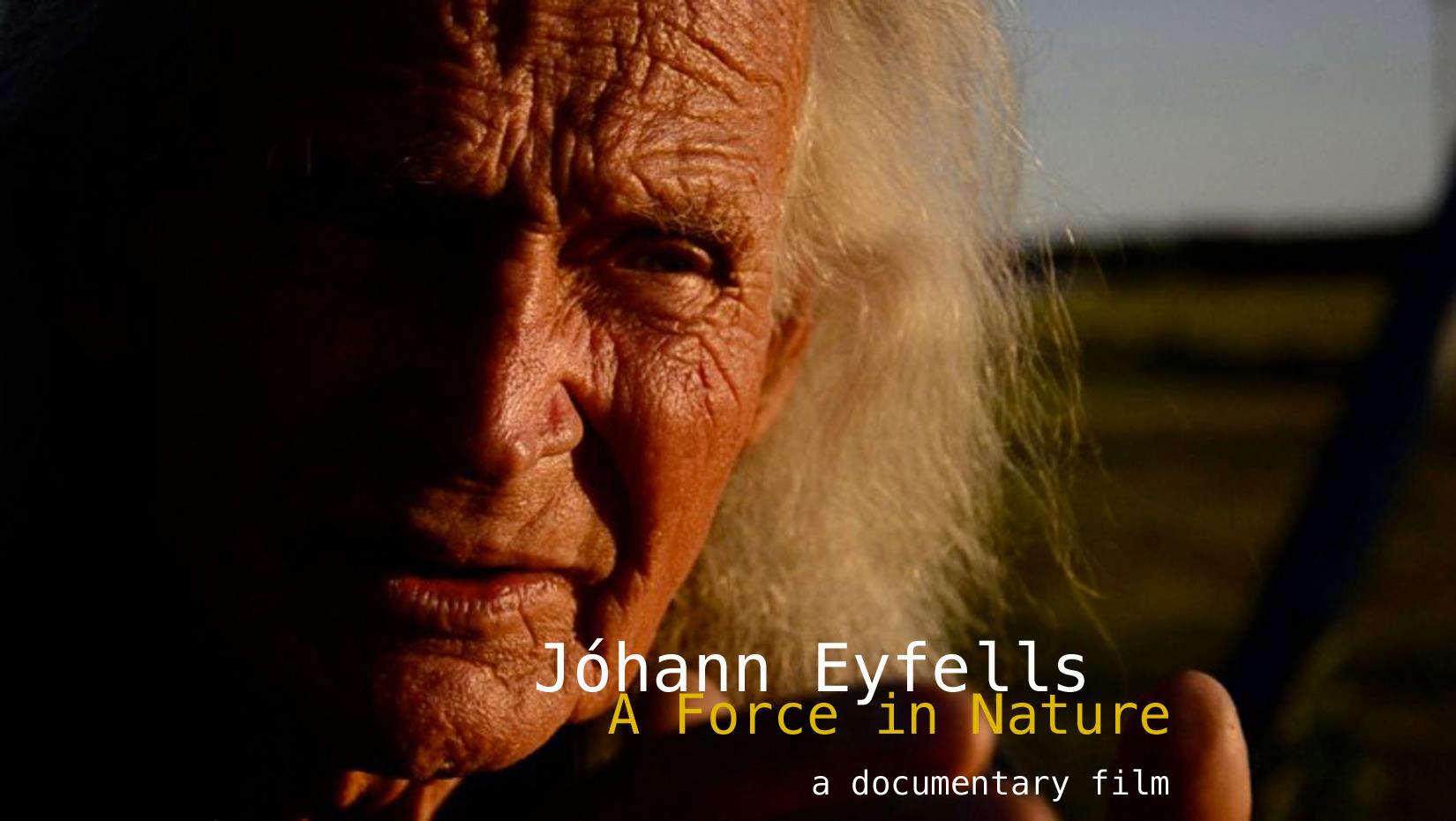 “I am of the opinion that A Force in Nature is an extremely important and historic documentary and a major contribution to contemporary art history.”  Mark Alexander – Director of Art Services 2000 Ltd.

I first met Jóhann Eyfells almost 10 years ago. Being in his immediate presence and reflecting on his large body of work, it quickly became apparent to me that Eyfells is by far, one of the most inspiring artists I’d ever known, and quite possibly one of the most influential sculptors of the 21st century. Because of that I was compelled to make this documentary.

This film speaks to all artists, young and old alike, who see Jóhann Eyfells as a beacon of hope in bringing artistic expression to an entirely new level of understanding. Eyfells’ art, at its core, conveys the very essence of nature’s powerful creative force that reside both in the material and metaphysical world we live in.

“the creative forces trump the destructive forces, because the latter is subordinated by it. Love is such a force that it can never be destroyed.” 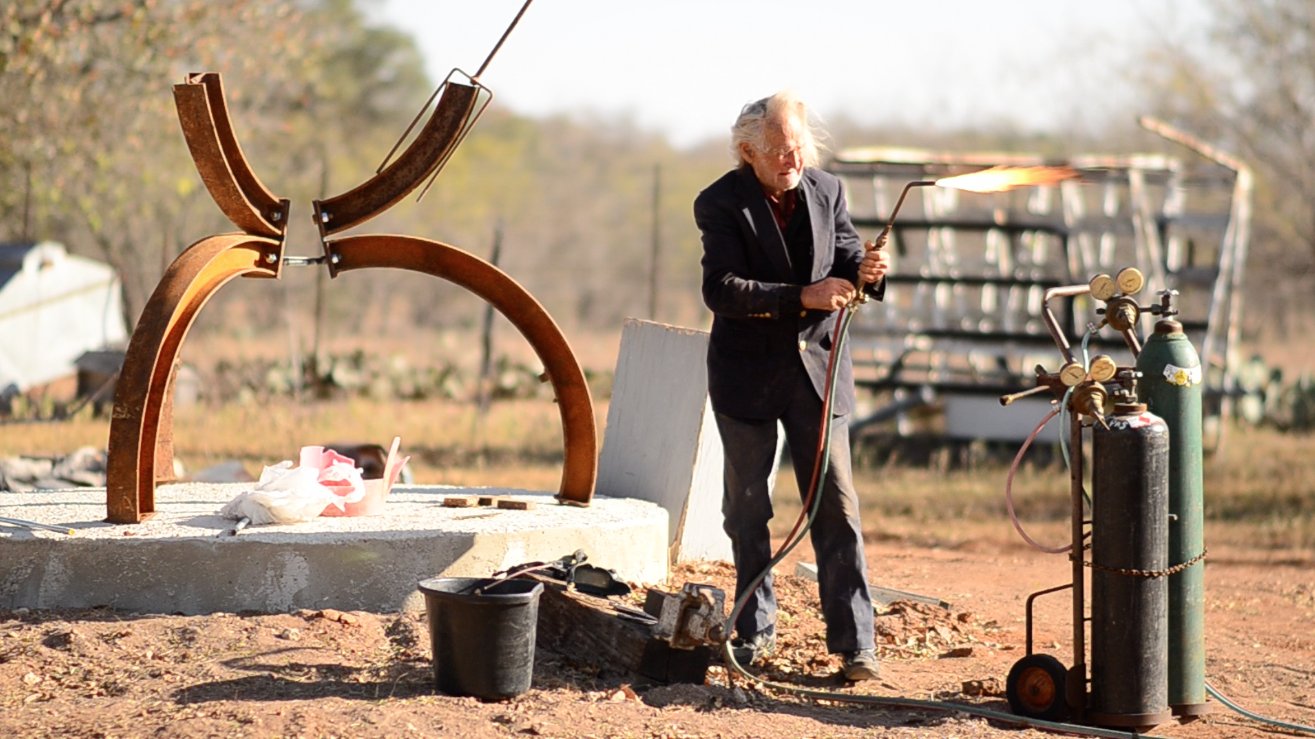 Jóhann Eyfells, a constantly evolving artist, is presently working on a new series of work that embodies his vision that takes prehistoric elements and combines them with contemporary steel structures. Rocks, reminiscent of Stonehenge, shaped and sculpted by time, by the slow erosive power of water and wind are now a part of his vision as an artist.

“Eyfells’ work conveys the sense of man being threatened by the earth. It is fate in the form of time and gravity… . The earth is conspicuously titanic in Iceland, and it is this earth in upheaval that finds its way into Eyfells’ sculpture.”  Donald Kuspit – Art historian and critic.

And as Jóhann Eyfells so eloquently puts it,

“Yes I am an old man, yet I am now on a wave of growing productivity and ideas. I want the world to know that I am always evolving as an artist and at this moment in time, I am finding a growing momentum in my work. You haven’t seen anything yet. I am a force in motion…”

This film has been in the making since 2007. In June of 2012, shortly after our first successful fundraiser campaign, we flew to Iceland and spent 3 weeks filming, interviewing the very people who intimately knew him and had witnessed the challenges he faced as a controversial artist in Iceland. We have intimately followed the life and work of Jóhann Eyfells for 8 years now, and we are now ready to complete final phase of OUR film so that we may present his story to the world.

This production has faced some major hurdles, but thanks to you we overcame one of the most difficult ones, the filming. Now we are faced with one more challenge, and that is to make this story compelling and memorable through the magic of editing. We spent an additional $9500 of our own funds to support our editing team and edit 66% of the film, which is over an hour of scene work. The final third of the film reaches into the past and requires research, stock, and the time to craft the life of the artist.

We cannot do it alone, if we want this story to be seen. Without additional resources for the film, it will take us more time to finish. With your continued support and once we meet our campaign goal, I am confident we will be able to complete it in a timely way, within the next 5 months.