The following poem was written by Jóhann Eyfells, which was also part of his thesis: 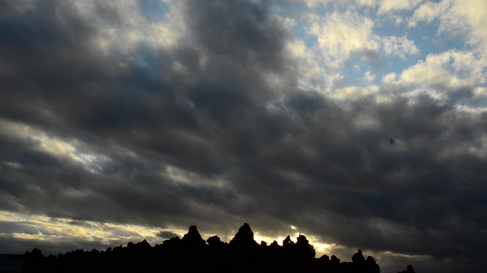 Expanding the vistas of emotional discourse,

Hewn in harmonic forms and spaces,

Conceived in the circular expanse of barren horizons.

Staunch mark of its epoch,