On October 1, 2017, our film was screened for the very first time in Europe at RIFF 2017 (Reykjavik International Film Festival) at the Háskólabió in the city of Reykjavik, Iceland.(https://riff.is/)

I was wonderful how well we were received by the family and friends who are connected with Jóhann Eyfells’ life and work. The film’s screening was a huge success! 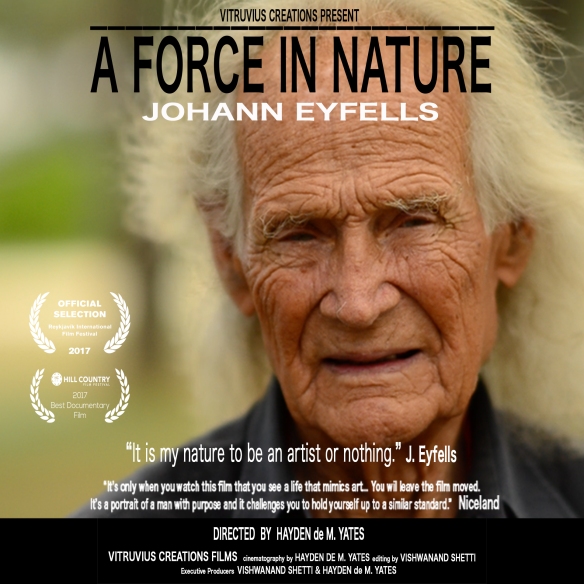 It all began 2 days before, when I arrived into the city from the airport, immediately conducting an interview with RÚV, the Icelandic TV Network interviewing me and my friend Joe Bravo about our film. (http://www.ruv.is/sarpurinn/klippa/a-force-in-nature). It was a follow up interview prior to the screening, and after a preliminary story that came out earlier this year (http://www.ruv.is/frett/tokumenn-fylgdu-johanni-eyfells-i-naerri-aratug) 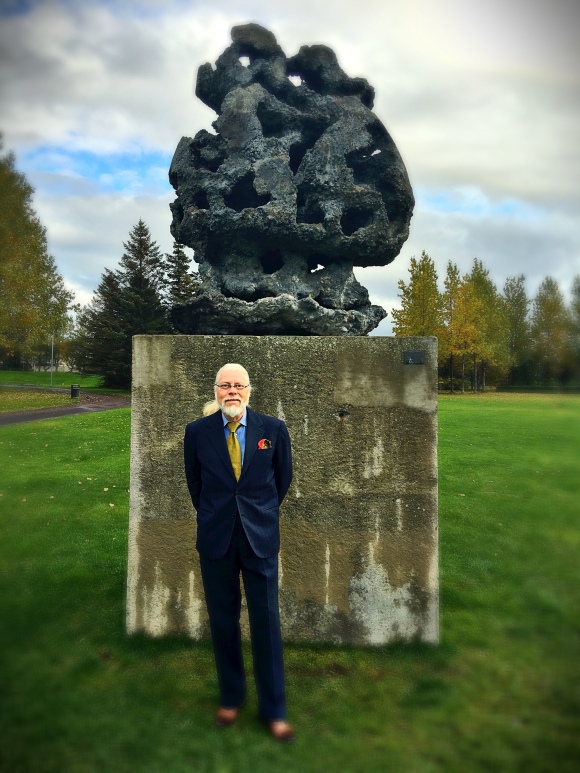 Then it was followed by an exclusive invitation by the German Consulate to an evening reception dedicated to Werner Herzog, which I attended with reserved delight.

My friend Joe Bravo, art critic and curator, and I met the man himself in the flesh and beating heart as well as his lovely wife and accomplished photographer, Lena Herzog (https://www.lenaherzog.com/). It turned out to be an amazing and delightful evening sharing insights. 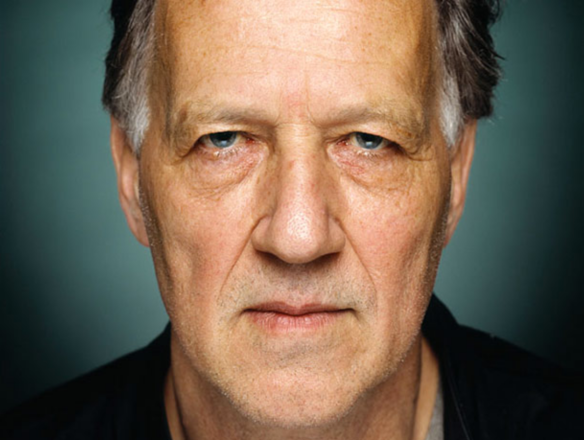 The following day we were also invited to a special luncheon organized by RIFF to celebrate Werner and his incredible work and 60+ films. It so happens that both Werner and Lena sat with us at a small table, and we were able to connect more deeply over fish and chips and local beer. 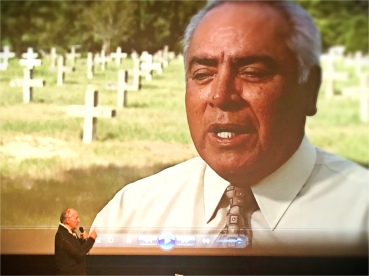 Werner Herzog discussing his film Into the Abyss.

That same evening I attended a formal goodbye dinner for Werner and Lena because they had to leave the following day, and once again I was at their table sitting with some of the most talented directors from the festival from around the globe, including Iran, Iceland, Sweden and Denmark, all the while thinking to myself that I have gone to “Film Heaven”. WOW! What a way to start a festival. (Written by Hayden de M. Yates)

Here is an article in Icelandic that came out during the festival: http://www.ruv.is/frett/karlmennska-birnir-og-sjalfsihugun-a-riff

Here is a review about our film, our first formal one: http://www.thisisniceland.com/film-review-force-nature-johann-eyfells/

Jóhann Eyfells is a sculptor born in Reykjavík, but has spent most of his working life in the United States. He works with huge, heavy pieces of stone, steel and wood. His theory of art is called receptualism and Johann is mostly concerned with the interaction of gravity, time and space. He has worked consistently and steadily for over six decades. His inspiration comes from his wife Kristrín Halldórsdóttir, a former model and dress designer at the time of their marriage, who was also a popular and respected sculptor and painter. She died in 2002.

A Force In Nature: Jóhann Eyfells is the first time I’ve seen a documentary attempt so many discussions, touch on several ideas, only to reveal what it had already shown in the first few minutes. One man, waking up every day, and moving rocks–and steel and wood and any other material he decided to use. Jóhann questions his own identity, laments the loss of his wife, reveals his hopes to contribute to the world and worries about his legacy. The effect is misdirection. We hope, worry, question and lament, as an audience, right alongside the subject of the film, but the real hero of the film is Jóhann’s hands.

You watch a ninety-year-old man move, chain, bolt and hoist huge pieces of concrete and rusty steel. Even with his slight frame, and obvious age, you see strength and courage in his actions, but more acutely, in his hands, the instruments of his trade. His life is filled with the stories we all share. The difference between you and him–in most of us–is purpose. He finds meaning and purpose in the work and process of his art–even if his art requires him to wake up every morning and move a big fucking rock.

The Myth Of Sisyphus has been adapted before. We’ve seen Bill Murray live the lesson of sisyphus in Groundhog Day–living the same day over and over again–discovering what makes life worth living. We’ve also seen it literally in The Simpsons, a chained Homer dragging a rock up a hill (Remove the Stone Of Shame! Attach the Stone Of Triumph!). In our culture, the myth of sisyphus has been boiled down to parable, to reference, and distilled further to the triteness of a bumper sticker: It’s the journey, not the destination, that matters…dude. It’s only when you watch this film that you see a life that mimics art, where myth becomes lived reality.

I don’t know if the film will launch Jóhann into the international fame and recognition his friends, family and, well, himself, thinks he deserves. You will, however, leave the film…moved. It’s a portrait of a man with purpose and it challenges you to hold yourself up to a similar standard. It’s hard to bury your head in your hands when you imagine the daily beaten his 94-year-old hands take everyday.

My guess is the film will inspire you to do one of two things:

1. You’ll want to know more about and see more of Jóhann’s Art.

2. You’ll want to do your work more seriously and passionately.

With any luck, it’ll be both.

Some of the Icelandic views during our filming of A Force in Nature. 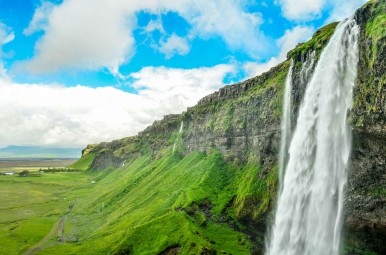 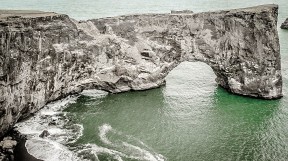 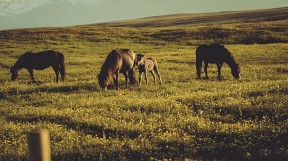