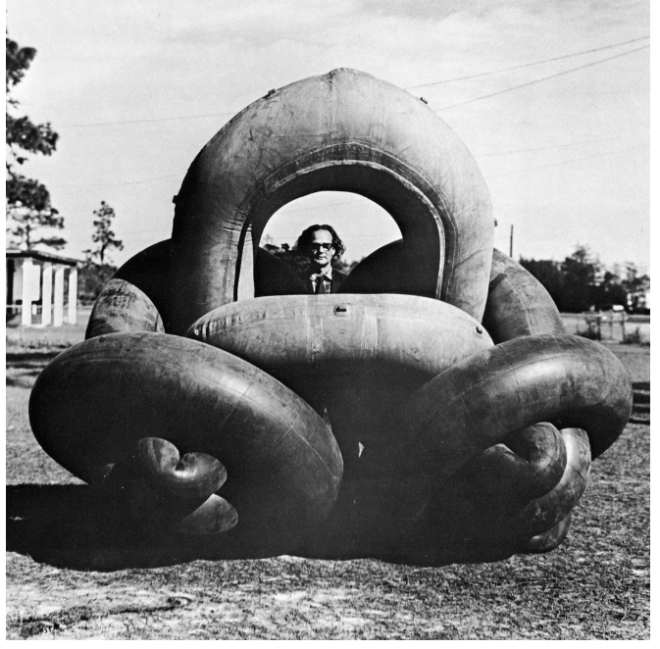 The Art Department of Florida Technological University (FTU, now the University of Central Florida) was the only United States University Art Department chosen to officially participate in the 1972 Olympic Games. Held in Munich, Germany, from August 26 to September 10, 1972, the FTU art faculty led by Walter Gaudnek were commissioned to create giant symbolic sails and sculptural elements on primitive boats, conceived and built by Jóhann Eyfells, as part of a two week art marathon ritual. The works were built and painted in full view of the public and sailed across the Olympic Lake in the Olympic Park. 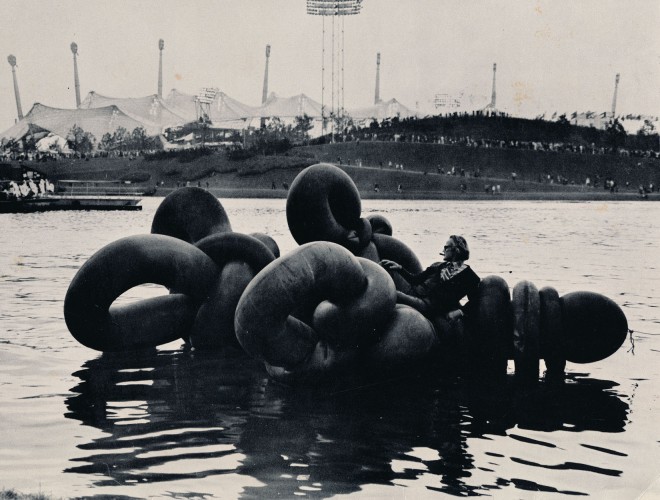 The large, floating totems fulfill part of a commission received by Dr. Gaudnek from the Olympic Spielstrasse Committee. In the background is the Olympic soccer, track, and field stadium. FTU was the only American university represented at the Spielstrasse Activities. The Icelandic sculptor, Johann Eyfells, and Steve Lotz, FTU Art Department Chairman, co-created with Gaudnek for the 10 day period of the Spielstrasse activities during the Games.