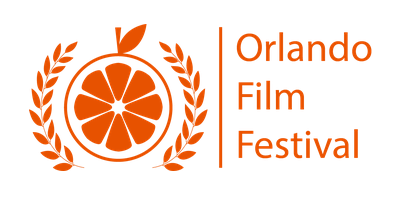 At the wake of three devastating hurricanes, Harvey, Irma and Maria, on October 25th, A Force in Nature was screened at Orlando’s Cobb Plaza Cinema. We were fortunate and proud that the film was nominated for the Focus on Art category of the competition. We were more overjoyed that our Eyfells’ community was able to make it to the screening. 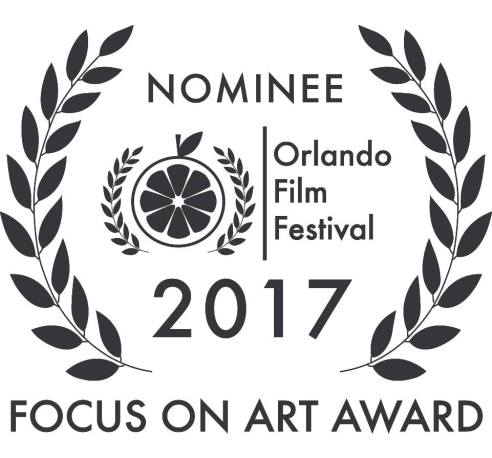 Steve Lotz, a long time friend and colleague of Jóhann Eyfells’ from the University of Central Florida (formely Florida Technological University) wrote this after seeing the film.

“What an unforgettably wonderful film you two have created. Its filming, editing, and concept are all outstanding. And most important (to me) is what I consider to be is its primary intent … to allow viewers to understand the life, goals, and uniqueness of Jóhann, is beautifully accomplished. It might and hopefully will give Jóhann the wide attention that he deserves and I know he has wanted.

There were many times at the screening during which I felt close to tears. . . . seeing images and relationships of Joie’s (Jóhann’s nickname) background that, during the many decades of our close friendship, I had never seen or knew about. Our only visit to Iceland was in 1965, a few months before our son (now 51 year old) was born in Vienna. We met Joie’s parents and a few of his friends, and saw some of the non-urban parts of Iceland. But not the beautiful stone and water locations you filmed. . . . all of which must help viewers to better understand the nature sources of Johann’s sculpture.

Seeing the size and dominance of his talking head on the huge theater screen. . . his constant smiles as he talks, and the likeness of his elderly skin with the geologic surfaces of the country. You have described the cosmic connections between his art, his body and psyche, and the nature of Iceland by magnificent concept, filming and editing!!!

After seeing the film I had a phone chat with him that was longer than usual. Since we are both almost deaf I’m not sure that we were always understanding what the other was saying. . . but I got these impressions: I was telling him that after your and my meeting and talking to you about the film and the relationship between you two and the contents of the things you have written about him I strongly feel that his debt to you for what you have created is enormous.

Seeing Ingólfur’s (Jóhann’s son) face after all these years, his strong visual presence (that is so much now like Johann’s was when I first met him), his strong social presence, and his appreciation of his father’s accomplishments. . . it all really moved me. And the conversation with “Little Kristin” (Leyla’s niece) who we haven’t seen since she was an undergraduate student at FTU in the 70s-early 80s.

The only part of the viewing that saddened me was that it is the only time it was shown and that was in a Wednesday afternoon when so few people could fit it into busy work schedules. But the attendance wasn’t bad and included many of Joie’s former students and people from the local art community. . . those who I could talk to, loved it.

I feel honored to be a small part of such a magnificent work of art. Thanks.”

A couple FTU Alumni from Jóhann’s classes watched the film and said this about it.

“He was also one of my teachers at UCF. I brought two friends, one who was also his student and one not. All three of us were greatly affected by his tenacity and view of the world. I was so moved and realized how much I miss his words of wisdom.

I continue to appreciate his observation of the new crack in the rock and his wonder at it. This is the kind of thing he tried to explain the relevancy of when I was a 19 year old sponge of a student. At 51, I understand more about this. The biggest lesson he taught me in life was not to be afraid of criticism and that the success is in the creating and not the sale. When I met him we had class in the Dome just before moving into the new building where he had a nice big area to work his magic. Maybe he’ll remember that. I instantly had the biggest crush on him in my first of three classes. There were so many things in the movie that I never knew about him. He certainly owns his struggle. Through many roadblocks he persevered to his artist destiny.

Bravo to the movie as a whole filming, direction, editing and bringing the pure artist out in him for the audience. I was inspired and melancholy when it ended. I miss those college days of constant learning with out too many of life distractions. Somehow he has maintained this! Thank you for making a fantastic film. Thank you to Johann for his voice in my ear and strength of confidence in my mind. I must get the DVD, when it comes out, and share it with friends. Thank you so much.”

“Whenever I view a film I expect to learn something new and Hayden Yates’ film did not disappoint me. A Force in Nature is a study in perseverance, both for the filmmaker and his subject, the 94 year old visionary Icelandic sculptor Jóhann Eyfells. Tracing the life and influences of an artist is a difficult and complex enterprise and it has been undertaken over many years of collaboration conducted with great care and consideration. The sculptor Jóhann Eyfells ceaseless dedication to his creative work and his positive and dynamic personality are the true stars of the film. Jóhann shares some glimpses of his philosophy and a small sampling of seven decades of his incredibly dynamic and diverse artistic output. The film is a thoughtful and sensitive introduction to the artist and leaves the viewer eager to learn more about his art and irrepressible personality. It is very much a beginning into the greater investigation of human creativity, which is itself a Force in Nature.”

…and recently, from an author, poet and college professor at California State University Long Beach.

“I did get to enjoy your film and I absolutely loved it! You have a gifted eye for the extraordinary in the visual and the spiritual. The photography is luminous. The toggle back and forth between Iceland and Texas is beautifully negotiated. Eyfells is an amazing subject. The end scene with his hand gestures against the sunset is YOUR sculpture: fluid and very lovely. I was also interested in the idea of Receptual Art.”

These sorts of testaments are so paramount to us as filmmakers, since they reflect how we succeeded in maintaining the integrity of Johann’s story as a man and his vision as an artist.

Our award winning feature film, A FORCE IN NATURE: Jóhann Eyfells will be released in early Summer of 2018. Book a screening in your city, town, museum and university. See trailer here: https://vimeo.com/213382491