Below are the contents of Jóhann Eyfells’ phone “conversation” with Joseph Bravo 3 days ago:

“When he called his first words were, “Joe are you there? I have something important to give you, write this down.”  So I immediately began to type on my iPad as he commenced speaking. It is a verbatim transcript of his exact words as they were delivered in a stream of consciousness. When he was done dictating, he abruptly ended the call.

Jóhann’s remarks were not simply a series of enigmatic non-sequiturs, but actually constituted a spontaneously conceived and delivered piece of free verse poetry. His thoughts have been separated into stanzas as well as adding punctuation and italics in order to make them more intelligible and to convey his emphasis as he extemporaneously dictated. But the words themselves occur in the exact order as he spoke them with neither additions nor omissions.

Jóhann Eyfells has been speaking to us in poetry all along and this accounts for why he is sometimes so difficult to follow. But when his thoughts are understood in the context of poetry rather than disjointed prose, they take on a coherence, a clarity and profundity that makes their revelatory context evident and their esoteric meaning attainable.

I am confident that you too will appreciate that Jóhann is as brilliant at poesy as he is at sculpture and that this fact will enable you to recognize a perhaps unanticipated aspect of his unique cosmological genius. Hopefully, this poetic epiphany will bring his oracular rhetoric into unprecedented focus to reveal the music of Eyfells’ spiraling spheres.” (Taken from Joe Bravo’s email to me, dated June 21, 2018) 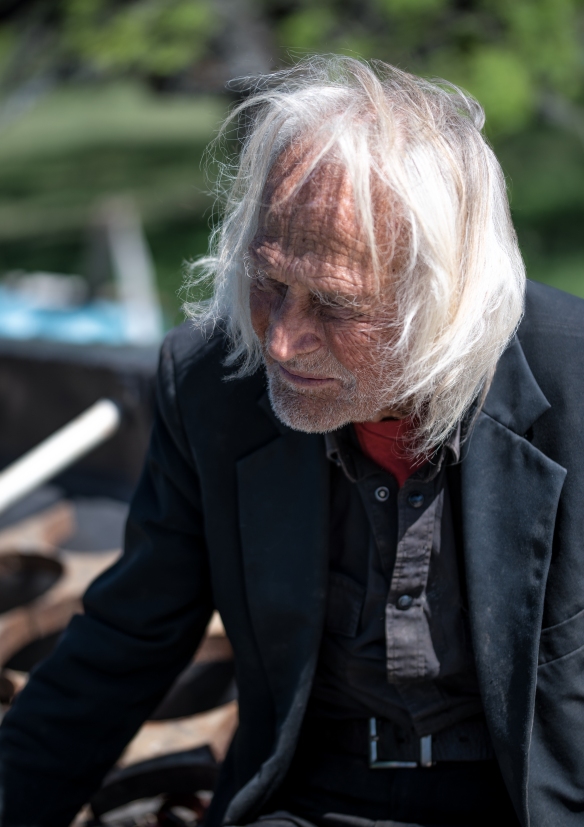 Groping in the Dark or An Upside Down World: A Sculpture by Jóhann Eyfells

“It has all the information you need to understand an Eyfells.
Such a piece has never been created in the world before.
It is equivalent to finding a new continent.
We are on the edge of understanding one another.
You are the only person in the world who has even a glimpse of where I am coming from.

Nobody has received a phone call of this significance before as if stealing from God himself.
This phone call is a ‘game changer.’
It puts everything in second place, it takes on the characteristics of first place.
What I’m telling you is five star!
This phone call is incomplete and in a way frantic.
It will settle down and become pure force recipes of absolute exactitude.

A gift of magnificent interiority.
A foundation that has no known causes, pure emergence of unanticipated magnificence.
A new way of imagining the magnificent becoming.
A total unknown force of totally unknown cause and logical beginning.
A cause of magnificent joy because it is a window into an entirely new scientific domain.
It is the understanding of the three titles of my pieces for the Venice Biennale.

Quivericity, the last source of any entirely momentary knowledge.
The source of all quivering that excites us.
The manifestation of endeavors, stillness and darkness.
Silence begets sound, stillness begets motion, darkness begets light.
Begetting is a magnificent gift!
It is not something that drains your energy.

We are on the edge a new opening.
Copernicus and Galileo removed the mystery by only presenting a bigger one.
They created an enigma rather than solutions.
I am creating solutions not enigmas.

We have to grasp at understanding without any particular knowledge.
All of this is only an elucidation of a temporary condition.
“I know I know nothing.”
All knowledge is incomplete.

This it pulls into reality, it is a knowledge of such.
It has a clarity of an absolute revelation.
The simpleness of its own symbolism.
The equivalent of a newborn baby.
It is simply without any question a magnificence, a miracle, only a birth.
The colloquial equivalent of Hayden’s “simply splendid!”
The hierarchy of all epiphanies.

This piece contains it all.
The newness of what I am saying has never been accomplished before,
The closest thing to permutation that is.
The opposite of Norman Mailer’s nonsense, I was jealous of him.

A newborn baby without speculations of any kind.
A remnant of a little bit of unknowable something.
The essence of a form,
The moment of eternity that negates everything that existed,
Pure forward motion without any known obstructions,
A moment of absolute fluidity.

Put what you are hearing in your own vernacular, up to a point.
Put it as if it were something you are reporting rather than regurgitating.
Put it in your own mouth.
It should be active rather than passive information.
You have to use it as your own material for creation,
A new creative energy in your soul.

An accomplishment of an unparalleled nature,
Beyond all relativity.
What is is.
It cannot be measured,
Cannot be judged.
A moment of absolute birth,
An absolute genesis of arbitrary nuances.
It is the essence of the poem on page 25.

Still slow in birth,
It hasn’t transferred itself into a new category.
Still is something rather than yet something else.
Still is the richest connotation ever.
In Icelandic, it is something yet to come.
Always ready for a new figure of speech …. always.

Let’s not contemplate this too much.
Put it out as a burst of unparalleled creativity,
Not a subject for contemplation,
A real material equivalent to spontaneous combustion,
A new combination of elements that create light or fire, but deeper,
A materialization of an immaterial event.

Do you think this is something that has the look of a beginning of something great?
Use it as a spring board,
Not something as a photograph to be reproduced without any new understanding.
It should not need any new understanding or elucidation.
It has its elucidation in its own vocabulary,
The essence of a cell birth,
The birth of a birth that I have been working with for seventy years,
The double click of an absolute certitude.

I do have something durable in my piece, Groping in the Dark.
You have to imagine the groping coming from below,
A strange kind of reversal.
The one observing is below,
The one groping from above.
Six fingers arranged in a triangular configuration,
Two corners single groping,
One corner double groping.

How much information have you plotted down?
It is like peering into irrational self similarity, like a cross section of my rocks.
If you try to identify every element, you are lost.
It is like a constellation,
The better the telescope, the better you see but the more complex it becomes. 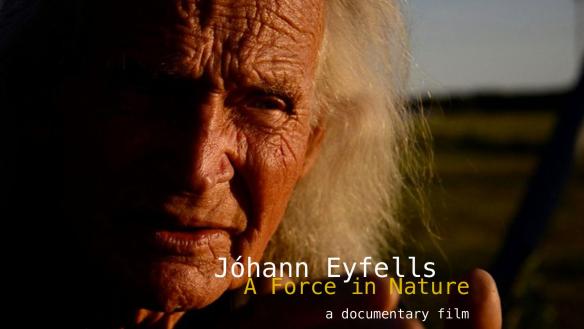 See the new trailer for our upcoming film. Click on the following link:

To make a donation toward the film, click the link below: